Liberal Do Good Idealism Saves America from Persistent Inequalities of the U.S. Education System: The Case for Teach For America (TFA)

Editor’s Note: In line with TWANAS mission, we want to provide a space for students to discuss issues affecting underrepresented communities.  This is a perspective piece based on the opinions of the individual author. 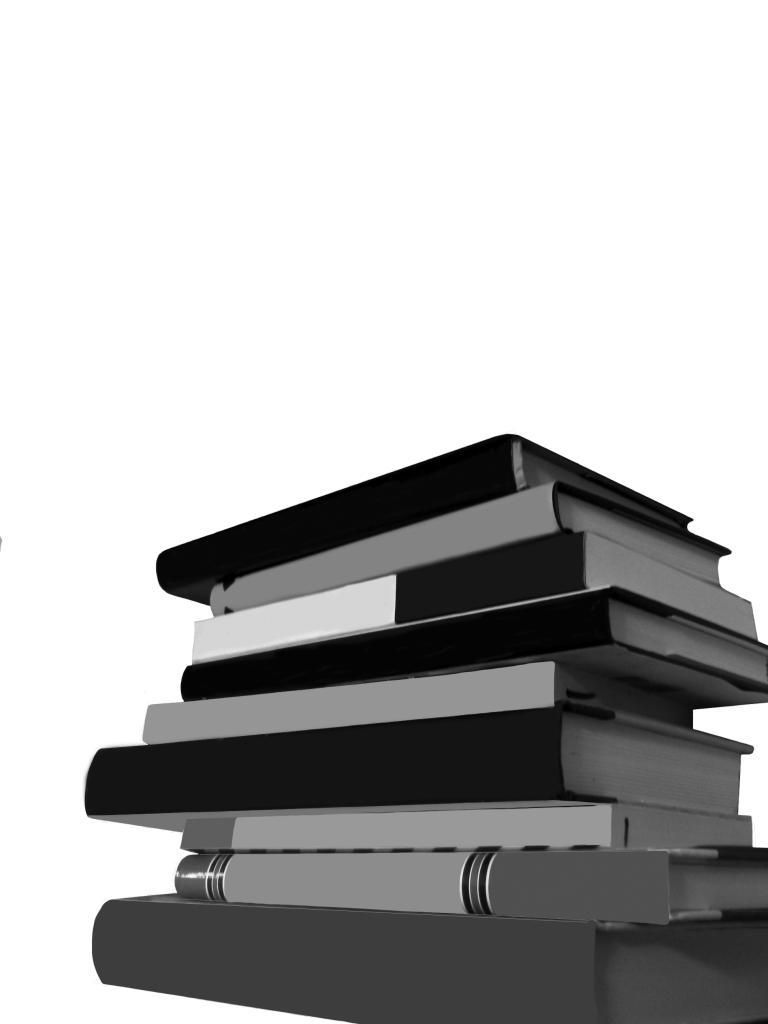 All children in this country deserve an education that prepares them to reach their full potential. By joining Teach For America, you join remarkable people from all backgrounds and professions who rise to the challenge to do what is right for kids. You’ll teach for at least two years in a low-income community, where you’ll show students what’s possible when they work hard and dream big. And as your students thrive, you’ll grow in ways you never imagined.

Caked with paternalistic icing and delicious, flowery, liberal feel-good fluff, such as “rising to the challenge” to “do what’s right” enabling youth that attend the nation’s most underfunded schools and impoverished communities to reach their “full potential” by “working hard and dreaming big,” and seeing the world as “filled with possibilities,” the Teach For America (TFA) pitch is bound to make any young, wide-eyed, idealistic “twenty-something” recent or almost-grad drool dreamingly at the prospect of finding a sense of higher purpose through combating social inequality, along with a prestigiously polished line on a resume and an additional bonus of relieving student loan debt. And why wouldn’t they? They will, after all, plunge forward into the anxiety-ridden sea of existential uncertainty and dismal economic prospects that is so-called “post-graduate demise”…er I mean life.

So what it’s going to be? “CAKE OR DEATH?” Cake represents the tangible promises, rewards, psychological satisfaction, and ignorant bliss that comes with the uncritical participation in blind idealism (i.e. “eating the cake”). Death represents, well…the death to all of those wonderful things. Therefore, it is far too easy and predictable for the overly idealistic millennial to essentially…eat that shit up. I mean, realistically, can we fault someone for choosing cake over death? Cake is sweet, scrumptious, rewarding. Death, however, doesn’t provide any of those rewards, let alone a psychologically discomforting concept to confront. “Ignorance is bliss,” “the truth hurts” or whatever cliché you want to slap on it,  unravelling deeper meanings and hidden agendas can be discomforting when all is tasty and sweet on the surface.

Given the nature of reward-seeking brain circuitry behind human behavior and the all-too-real circumstances facing twentysomethings, young idealists are flocking towards TFA booths infiltrating U.S. colleges and on-campus job fairs in epidemic proportions. TFA continues to expand their empire of over 33,000 alumni and a hefty endowment of over $300 million, which is generously financed by America’s biggest, well-known foundations and corporations. The very foundations and corporations that support neoliberal ideologies and the privatization of education by advocating union-busting and charter schools. These corporate behemoths include The Walton Family Foundation (Wal-Mart), Wells Fargo Foundation, and Goldman Sachs, to name a few of TFA’s biggest funders. Now wait a minute, what is it about TFA, a seemingly harmless do-good non-profit, that is so deserving of such scathing criticism?

First, let’s take a look at a brief overview of TFA. In 1989, Wendy Kopp, a Princeton alumnus, wrote a thesis arguing for a national teacher corps, modeled after the Peace Corps, and first found and branded TFA as “the emergency response team to our nation’s crisis of experienced, qualified teacher shortages” and “America’s great savior from the perils of public education.” The “TFA emergency response” team mainly comprises of recent graduates, predominately upper-middle class and White, that are thrown in urban communities of color to teach for only 2 years as “fully prepared and qualified teachers,” after an intensive 3-month summer boot camp training.

More like a 3-month slap in the face to teachers who train and work hard for years to earn their veteran status, experience, and qualifications. And even another 3-month slap in the face to teaching as a legitimate profession of value, implying that it’s a disposable, volunteer service that anyone can just do after 3 months. Ill-prepared and overwhelmed, culturally mismatched and disconnected to communities plagued with issues they are inadequately equipped to handle, TFA corps members have a high turnover rate. High teacher turnover rates disrupt the public education system and hurt the students that TFA supposedly aims to serve. Moreover, research has found that students fare better academically with professionally-trained, credentialed, or experienced teachers than 3-month corps members. Professionally-trained or experienced teachers are more competent in effective teaching methods, behavior management, and relationship building. In fact, a major factor in predicting students’ academic success is their strong relationships with their teachers or adult mentors. A strong, stable teacher presence symbolizes care and commitment, not a 2-year “gig” that recruits get in and out to “bigger, better things.”

In fact, after the two-year contract, 63% of recruits work, as Teach For America puts it, “full time in education,” yet a 2010 study found that 80% of Teach For America recruits quit after about 3 years. Two to three years of experience are sufficient enough to translate into a polished, pretty line on a resume that leads to “bigger, better things” than being an actual teacher. While TFA recruits can’t seem to handle the classroom, they do feel they can handle educational policy reform and foundation management, controlling what goes on in classrooms without being able to handle the classrooms in the first place. Paternalistic dynamics, such as this, are often deeply embedded within the “relationships” (or capital, entrepreneurial interests) between corporations or for-profits and the low-income communities they claim to serve, yet they do not have the direct, adequate knowledge or experience gained from working with these communities to actually do so. Despite a “non-profit” status, TFA continues to parallel corporate dynamics and relations

Unfortunately, this has inefficient and unfavorable consequences. TFA alumni have consistently come forward to the public about the ineffectiveness of TFA’s 3-month teacher training program, and how underprepared and overwhelmed they felt being thrown into difficult classrooms burdened with issues beyond the scope of education and learning resources.

“I’ve struggled with behavior management…I didn’t really have the training to know how to give consequences consistently. “Yes a commitment matters,” Jessica wrote, “but staying isn’t necessarily helpful to your kids or anybody…” and later said they would have to “personally deal with remorse and regret.”

Veteran educators have also spoken out against TFA’s training program:

“It’s wrong to put teachers in the classroom with no experience,” says Ms. Jones, a veteran public school teacher, “I went through a teaching program, and I taught in four different classrooms before I ever had these kids on my own.”

If TFA intended to respond to teacher shortages, then let me reiterate a compelling question posed by Chicago teacher Kenzo Shibata, “Teach For America wanted to help stem a teacher shortage. Why then are thousands of experienced educators being replaced by hundreds of new college graduates?” This problematic trend has even found itself in the tragic aftermath of post-Katrina New Orleans, where 4,500 public school teachers were fired district-wide, when public schools were privatized by charter-school takeovers. They’re largely staffed by TFA or TFA-like corps members, instead of adequately trained educators. TFA is advocating educational “reform” with a committed alliance to charter schools, at the expense of key players (i.e. public school teachers) that serve the educational institutions TFA is trying to reform in the first place. How can you say you are for educational reform or combating social inequality, when it hurts the very teachers that make up the community, the teachers that students of that community depend on?

Despite their liberal do-good idealism, TFA is not about revitalizing public education, supporting public school teachers, or even producing a new generation of educators committed to civil service, but driving a very opposite force. Through its policies and practices, TFA is essentially advancing a hidden agenda of neoliberal, corporate “reform” that advocates for the corporate dismantling of public education and the privatization of education. It serves to elevate the prestigious career development of TFA corps members, which reproduces an elitist structure under the guise of “liberalism and equality,” and is made evident by their stream of alumni working in policy-making, foundation management, and political organizing that advocates and consolidates TFA’s corporate vision of educational “reform.”

For decades, research has shown that anti-poverty and social welfare policies help public schooling. Pushing trained educators aside for idealistic, energetic young college students does not solve the persistent, structural inequalities of the U.S. public education system. Comprising of over 50% White and 75% middle to upper-middle class and freshly out of summer camp training, TFA corp members are ready to implement their white savior complex  by swooping into poor, overcrowded classrooms within urban communities of color and voila become Hilary Swank from Freedom Writers. Better yet, TFA sounds a lot like voluntourism except on the homefront. “Voluntourists” pass through the most impoverished schools that desperately need stability and commitment. Perhaps they get a glimpse of social inequality, but in the grand scheme, only will they benefit in the end, as structural inequalities of the U.S. education system continue to persist in their absence.

Folks, this was not meant to sound overly cynical or undermine the passion and idealism behind social justice work, nor was it to generalize TFA corp members under. This was more of a PSA, especially for those about to join the “real world” and/or interested in the world of nonprofits or social-justice based work, to not fall in the trap of idealism that obscures your ability to critically think. Skills that you’ve developed all this time throughout your Bachelor’s degree ought to be exercised throughout life. Also, we shouldn’t fall in the trap of political binaries equate non-profits as honorable, liberal, reformative, do-good-for-all organizations, which is evidently not always the case.

Know your own values and goals and that of others in order to  assess how you fit in the movements you want to join before blindly participating in one. Mercilessly confronting one’s ego in an attempt to critically question how your “help” can progress or hinder a movement is key.