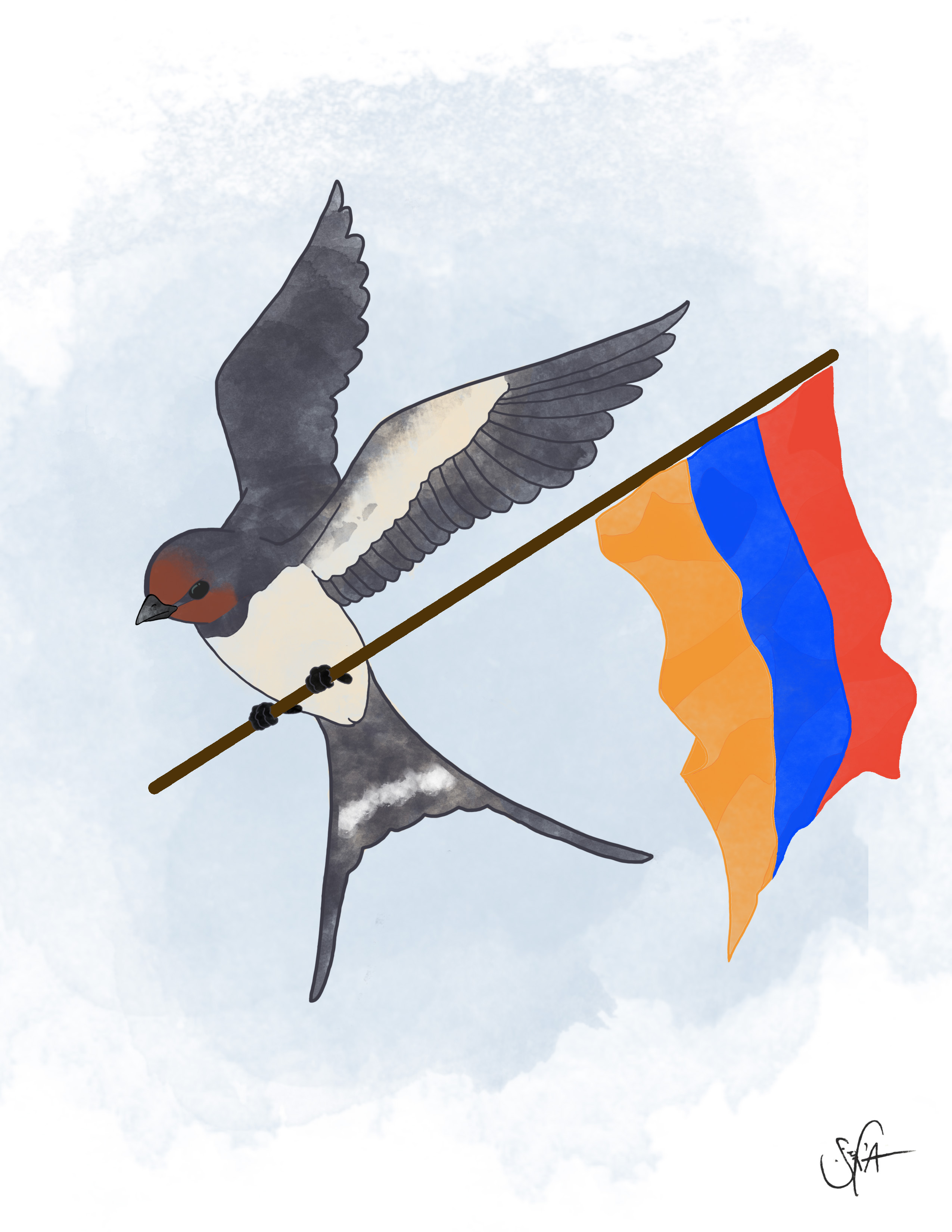 “Why do you talk like that?” It was a question that I often heard, but seldom understood. It wasn’t my English-speaking friend who questioned me for speaking a foreign language. It was my Armenian classmate who asked me why I was speaking Armenian in a manner foreign to her understanding of it.

I am an American born Armenian and when I was a kindergartner in an Armenian private school in Fresno, my classmates ostracized me for speaking the language differently. At the time I did not understand it. All I knew was that we spoke Armenian one way at school and then a different way when I went home.

As my Armenian started to mold into what the other kids spoke in school, my grandma would “correct” me by forcing me to speak Armenian the way we did at home. One time she refused to bring me any water or lunch after school because according to her, I was not speaking Armenian correctly. After a few frustrating trials, I asked in the Armenian spoken at home and she finally brought the water and lunch to the table.

It was not until I grew older that I learned these different ways of speaking Armenian were my community’s two main dialects. As the years passed, I began to understand the political division between Armenians in the diaspora who speak one dialect and recent Armenian immigrants who speak another.

“Oh! Armenian people, your salvation lies only in your collective power.” Almost every Armenian knows and recites this quote proudly. The famous quote by Yeghishe Charents, an early 20th century Armenian poet and activist for Armenia’s independence, is often used in discourse about villagers who united against Ottoman forces in the Battle of Sardarabad during the Armenian Genocide. Generations of Armenians also reference that this historical collective power can be used to unite the people in the diaspora with the Republic of Armenia. Yet, the issue of collective force goes beyond this nationalist sentiment, as the internal politics of East and West Armenia refuse to hold each other in the same regard within the community.

Eastern Armenians were born and raised in Armenia when the country was still under the Soviet Union, so almost all Eastern Armenians speak Russian fluently. When the Ottoman Empire took over Ancient Armenia (now modern-day Eastern Turkey), the eastern region was all that remained. Therefore, Armenians who originated from the western part of Armenia were displaced when the Ottomans occupied the region. Most of the displaced Western Armenians moved to other Middle Eastern countries and also commonly speak Arabic or Turkish.

My family found refuge in Syria after the Armenian Genocide in the early 1900s. My mother’s side of the family was from a town called Kessab, which was highly populated with Armenians. My father’s side was from the city of Aleppo.

Both sides of the family went back to Armenia when the Soviet Union allowed immigration into the country even though there were still restrictions on entering and leaving the Union. What they returned to, however, was a new Armenia – Soviet Armenia. Russia colonized Armenia, and even today, much of the Republic of Armenia remains under Russia’s influence, despite the country’s independence in 1991.

Older family members still carried their culture from Syria, never truly embracing a Russified Armenia. After settling in Armenia in the 1940s, my family lived there for generations, and as a result I speak the Eastern dialect spoken in the Republic of Armenia. Yet, because many family members carried their former culture in Syria with them to Armenia and then America, I grew up with a mix of Arabic, Turkish, and Russian words with my Armenian.

Fresno, which is known for its strong Armenian presence, was the original settler destination for Armenians on the West Coast. Most of the Armenians in Fresno have lived there for generations and their culture differs vastly from that of recent Armenian immigrants.  Living there allowed me to see the differences between families of recent immigrants, like my own, and multigenerational Armenian families in Fresno that grew up in the culture of the diaspora.

Unlike Fresno, Los Angeles has one of the world’s largest Armenian communities with mostly recent immigrants who are Eastern Armenian speakers.  It wasn’t until we moved to Los Angeles that I realized not everyone spoke both Western and Eastern dialects.

Many people I encountered in Los Angeles regarded the Western dialect as another language entirely and argued about which dialect was the correct one. I was even often asked why I said certain phrases in Western Armenian by my friends in Los Angeles. Armenians do not want to go to an Armenian-run bakery in Los Angeles only to have the baker tell them that their Armenian is spoken incorrectly, when all they want is some fresh baklava.

Also, within different dialects, many of the words commonly used are not actually Armenian in origin. Many words in the Eastern dialect are Russian words whose Armenian translation have been forgotten. For instance, the Armenian word for tomato is lolig, but to buy tomatoes in Soviet Armenia they would ask for pomidor, which is the Russian word for tomato. This is because Russian Communism ruled the Soviet Union’s market and created a homogenous Russian-speaking culture within its states.

Now, decades after the fall of the Soviet Union, Russian is still a huge part of the Eastern Armenian language and culture. Even as a child, I would call a tomato pomidor when speaking Armenian. But I would also substitute Turkish and Arabic words for Armenian words since I knew both dialects and had family members who spoke Turkish and Arabic as well. And it wasn’t until I moved to LA and went to high school there that I picked up on a lot of Persian-influenced Armenian as well.

Yet, my knowledge of these cultures did not bring me closer to my own, but instead left me on the fence between each Armenian identity. When I meet another Armenian, they often ask early on what kind of Armenian I am—Russian Armenian, Lebanese Armenian, Iranian Armenian, etc. I am technically Armenian-American, but that’s not the answer they care about or are looking for. They want to know which dialect I speak and what other languages I know—Middle Eastern tongues or Russian. 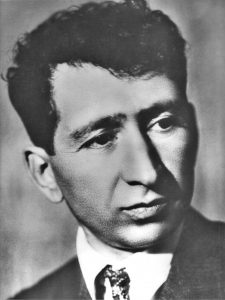 Yet, in order for unification within the Armenian community, nationalist ideas of what it means to be Armenian must be put to rest. Armenians are complex and include many identities that create their individual Armenian profiles. We must relinquish allegiance to ideas of Soviet versus anti-Soviet that prevent one another from regarding each community respectfully and equally. The differences among the Armenian people should not divide our communities further than displacement has already caused.

I think an openness to other cultures and languages tied to Armenian life is the key to a more collective culture. Although years of historical and political turmoil have hindered internal relations among Armenians, Eastern and Western Armenians should not be seen as competitors of one true Armenian identity. This generation of young Armenian-Americans has the opportunity to incorporate Middle Eastern and Soviet influence in our culture for a cohesive community. If our collective power is in fact our salvation, as Charents once wrote, this generation of Armenian Americans holds that power in order to influence later generations.

Thus, the idea should not be a collective identity, but a collective society that embraces all backgrounds and adapted identities of being Armenian.

Armenian poet Ghazaros Aghayan wrote a poem in 1890 called “Remembrance. The lines translate as, “the swallow was building a nest, building and singing, and as she put each twig together, she remembered her previous nest.” This poem is an allegory of the Armenian people.

As we move to a new place we remember our home before it and create our new home in its image. If we are born and raised in Beirut and move to the U.S., our parents create their own Armenia in Beirut and we create our own Lebanese Armenia in the United States. If we are born and raised in Los Angeles, we build our home, our language, and our environment with the Armenia our parents remember.

Armenians have become accustomed to the effects of displacement, but we do not forget the country from where we originated. Thus, even though I have yet to visit Armenia, I take it with me every new place I go. It remains forever resonant as a part of our identity. Armenians are all like that swallow, who builds her nest in the image of her previous home, and continues to build the next one and the next the same. 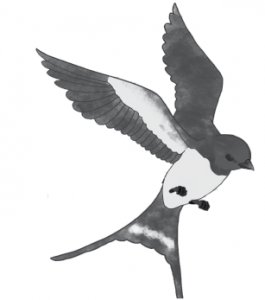