TWANAS is one of the oldest student-run magazines at the University of California, Santa Cruz. TWANAS is dedicated to providing a media outlet for students of color to write about the issues that affect students of color.

TWANAS is regularly accepting new staff members, as well as submissions to each of our issues. For more information about joining or submitting to TWANAS, visit our contact page. 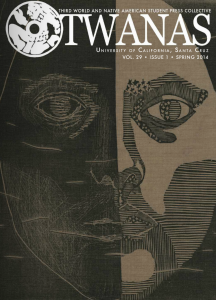 What’s in a name?

After much consideration, TWANAS changed its name from Third World and Native American Student Press Collective to Communities of Color and Native American Student Press Collective in 2017. The reason for the change was to be more inclusive. TWANAS members had long discussions about what term could represent students of color on campus. Members contemplated many terms that could replace “Third World”, a phrase that felt outdated.  Communities of Color is a term that’s meant to be like a blank slate that students create and claim their identity and representation through. TWANAS itself was kept as the official acronym in respect of the original history and struggle that birthed it. Native American was also kept in the longer name in recognition of the land we stand on today in the United States and the oppression Native Americans students face. 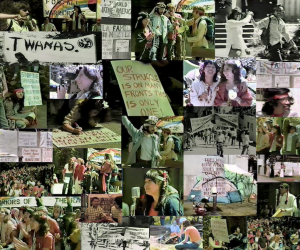 TWANAS facilitates an open inclusive space for individuals at UCSC who hold various identities across all intersections creatively expressing issues that affect all communities of color through journalistic and artistic mediums. TWANAS accomplishes this goal by producing a publication twice a year, hosting a website online and engaging in critical dialogue at member meetings.

TWANAS works to create an inclusive and diverse place. We expect the TWANAS community to be conscious of our personal multiple perspectives, motives, assumptions and thus our overall bias. To help ensure this, we strive to create an environment where members can feel comfortable speaking up when our diversity guidelines are not being followed. Our goal is to make our content as well as our meetings inclusive of issues surrounding race, gender, sexuality, and other identities. We aspire to be a space for expression, engagement, and learning.