The Not So Tall Tale: My Mother’s Escape from Communist Vietnam 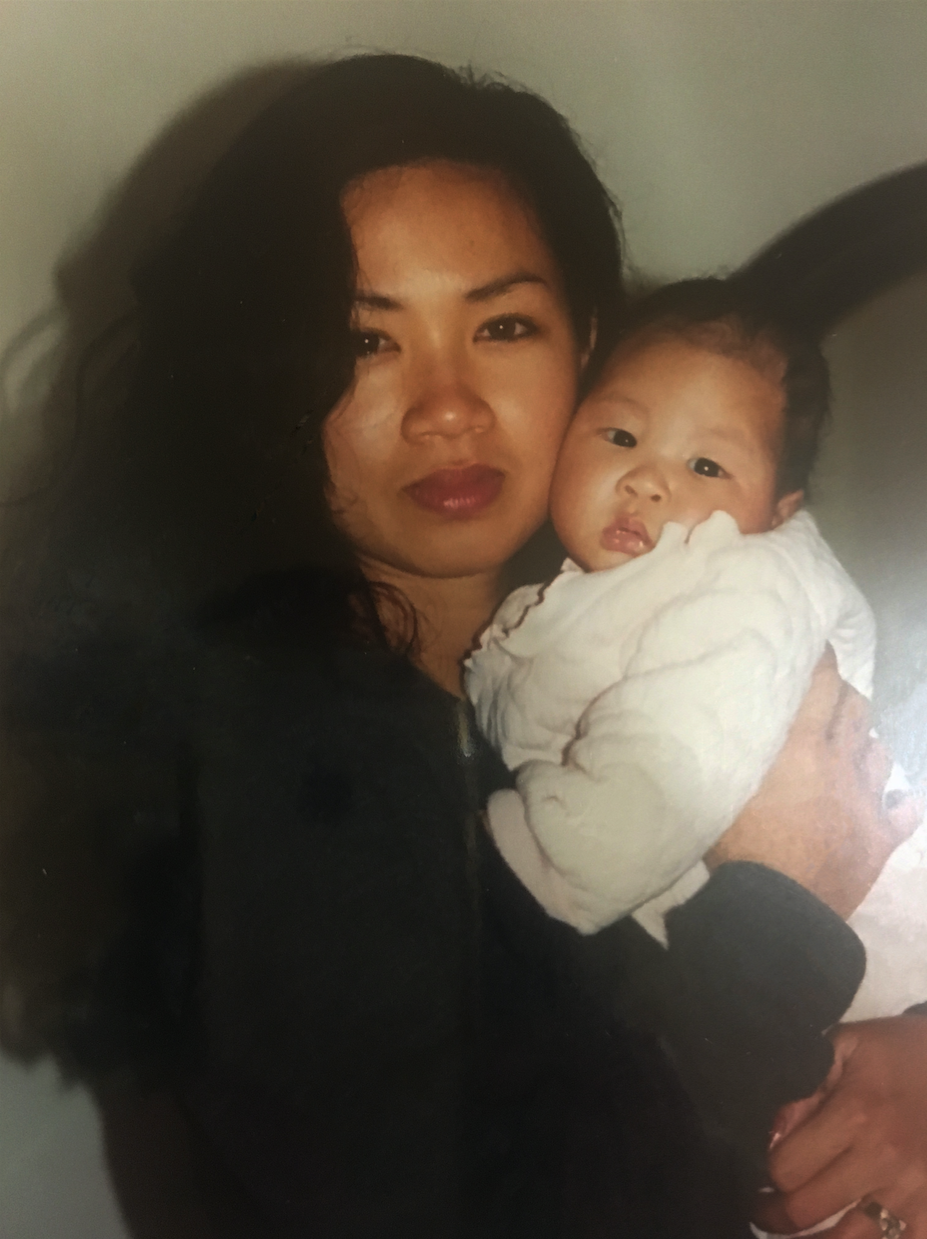 When I read my first tall tale in elementary school, I was fascinated by the fantastical descriptions of larger-than-life lumberjack, Paul Bunyan. Many say he created the Grand Canyon by dragging his ax across Arizona. He was an exaggerated, yet classic, representation of vitality and extraordinary strength. You can guess how in awe my little five-year-old self was. My imagination was one of my greatest pals during those years. That fact has not changed to this day. Even so, nothing could have prepared my mind for the story of how my mother came to America.

“I grew up in a war zone. I had to escape from my beloved home in the darkness of night with nothing but a set of clothes.”

I always knew that my mother was born and raised in Vietnam. I was not, however, aware that she was a Vietnam War refugee.

Saigon was her birthplace, Cho Lon her home. She had grown up and lived in a war zone until the age of 19. The day that North Vietnam became victorious over South Vietnam was also the day that Communism stole my mother’s childhood.

In Communist Vietnam, the poor class rose and attained financial status equal to that of middle-class landowners. This was so everyone could achieve “equality.” There were many families living on less than $50 a day. My mother’s parents were simply not able to support their six children on that measly of a budget. Before they could decide what to do with their situation, the Viet Cong threw them out of their house so that five other families could live in it.

“The Viet Cong were so fierce. One day they shot my grandmother in the leg. She survived, but became permanently disabled.”

Despite the horrors she witnessed, my mother decided to stay in Vietnam after finding a French woman, named Francoise, to act as her guardian. Their plan was to move to France. My mother bid her family farewell when they left to seek refuge in America but as the situation in Vietnam got progressively worse, her father told her to forget the deal with Francoise and leave immediately.

On a dark night in January of 1979, my mother fled from Vietnam with her uncle’s family. They put their safety and security in grave danger. Had they had gotten caught, they would have all been thrown in prison. By the grace of luck, they made it onto the harbor where a boat was waiting for them.

“It was terrifying because we had no idea if there were police waiting for us around the corner, at the end of the dock, or on the boat. Nothing was ever certain over there.”

They made it onto the boat and were transferred to a massive oil tanker. There, she found more than 2,000 other people — many of which included hundreds of families with their children and babies in tow. The destination: Kowloon, a city in Hong Kong more than 930 miles away. The cost of the trip? 10 gold bars…per person. The deal was brokered by an anonymous group of people who negotiated with the oil ship that was making its way from Taiwan to Hong Kong. It would take them around three days to get there from Vietnam.

“We sat down next to each other and when I mean sit, I mean there was not even room to lie down. The only time we could get up was to navigate through the crowd to go to the bathroom. People barely spoke. Our meals: crackers and water. We were never told when we would get to our destination. It was just a waiting game.”

Danger was still not kept at bay. My mother tells tales of Thai pirates who roamed the seas waiting to come across refugee boats such as the one my mother was on. The thing is, they were not like the tall tales I knew, they were real.

“One of my former schoolmates was killed because her boat was robbed by the pirates. We all pretty much knew what happened to my schoolmate after the pirates abducted her. It was so saddening to hear the news.”

After arriving in Kowloon, the boat was not able to dock. So they waited on the boat. For another seven days. The moment the refugees set foot on solid ground, they were hustled to a refugee camp. The camp was a four-story building secured and patrolled by armed soldiers. Still, it was heaven on earth. My mother would have a bed.

People were allowed to come and go as they pleased but the rule was to return before the midnight curfew. After it, the gates would close and stay that way until the morning, no exceptions. While she was in Kowloon, my mother felt obligated to spend most of her free time working a job that she had found in the city.

“I found a job as an assembly line worker in a factory. My daily work was to solder wires onto motherboards for computers. I worked every Monday through Friday from 8am-5pm for six months. I was paid minimum wage. I was allowed one one-hour lunch break and would go out to buy food, mostly chicken and vegetables. At night, I went to English class at a school that I enrolled in. I was expecting to meet with my parents and siblings who had already went ahead to America before me.”

After half a year of living in Kowloon, my mother’s parents beckoned for her to reunite with them. They had made enough money in America to sponsor a trip for my mother to travel over the seas. She would be able to call this new and foreign country her home. 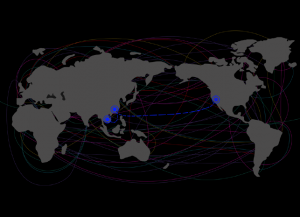 “I was very excited to start a new life and reunite with my family when I found out that I was coming to America. I did not know much about America beforehand, except for the fact that everyone spoke English and ate hamburgers. When I actually arrived to America, I saw that there was a huge difference between America and Vietnam. I did not see anyone on the streets when I got here and wondered where everyone was. Back home, everybody is out on the streets!”

My mother likes to say that Hope brought her to America. When she reunited with her family, she saw around her a place where she could breathe and feel as liberated as she pleased. No longer did she fear speaking freely in public. Gone were the feelings of panic upon seeing the infamous green helmets terrorizing her streets.

“My family and I came here to America looking forward to building a better life. We should not prevent people from living out their dreams, especially if they cannot live in their own countries.”

In a way, I almost wish these events belonged to a tall tale. I would not wish what my mother went through on my worst enemy. Yet, these circumstances brought my mother here, to her family, to a new life, to freedom. This country isn’t perfect (who or what actually is?), but if the American Dream still rings true (and it should, as it is protected by the Declaration of Independence), then the opportunity for others to come and start anew MUST still exist. But is it still alive and well? Will we, as a nation, uphold these innate values?

“…they are endowed by their Creator with certain unalienable rights…”

I pale at the thought: what if my mother was turned away at the doors? My heart pangs for those standing at the gate, their bones exhausted from a journey that they did not sign up for, whose fingers wrap around the bars of fascism rooted in fear mongering, misunderstanding, and hatred. Their eyes, scarred with images of ravaged homes and fallen loved ones, plead. They have nowhere else to run to. The threads of Hope fray with each day the bars stand in place.

“…among them are Life, Liberty, and the Pursuit of Happiness…”

American is just one way to describe my mother. She carries pieces of Vietnam with her every day. She still knows a fair amount of French (from the French colonization of Vietnam dating back to the mid 1800s) and is beautifully fluent in Vietnamese (ordering Pho was never a struggle with her by my side). I’m not quite sure what else I’ll hear the next time I beg her for more of this story. But one thing is sure as hell– Paul Bunyan has got nothing on my mother. 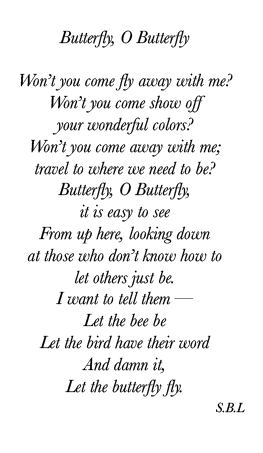 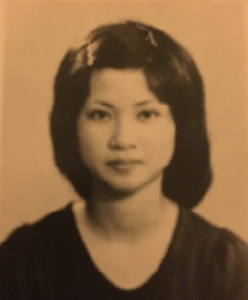 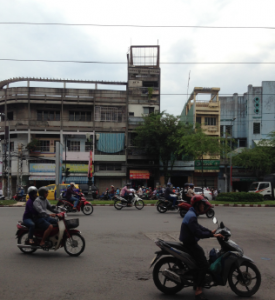 Right: My mother’s old  house in Vietnam, circa present-day.

Bottom: My mother’s graduation from Cal Poly Pomona in 1989. 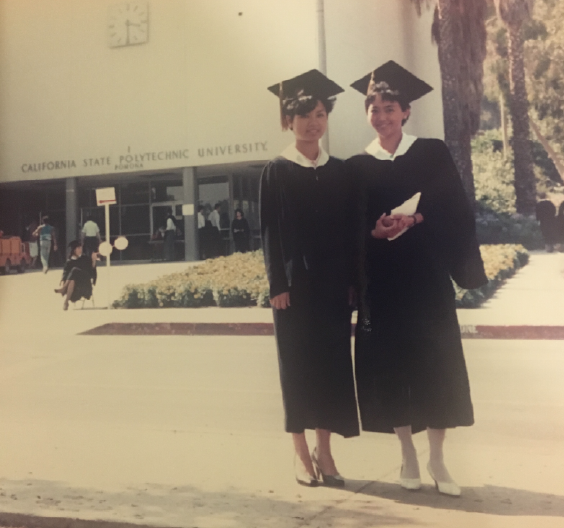