A Student’s Call to Action 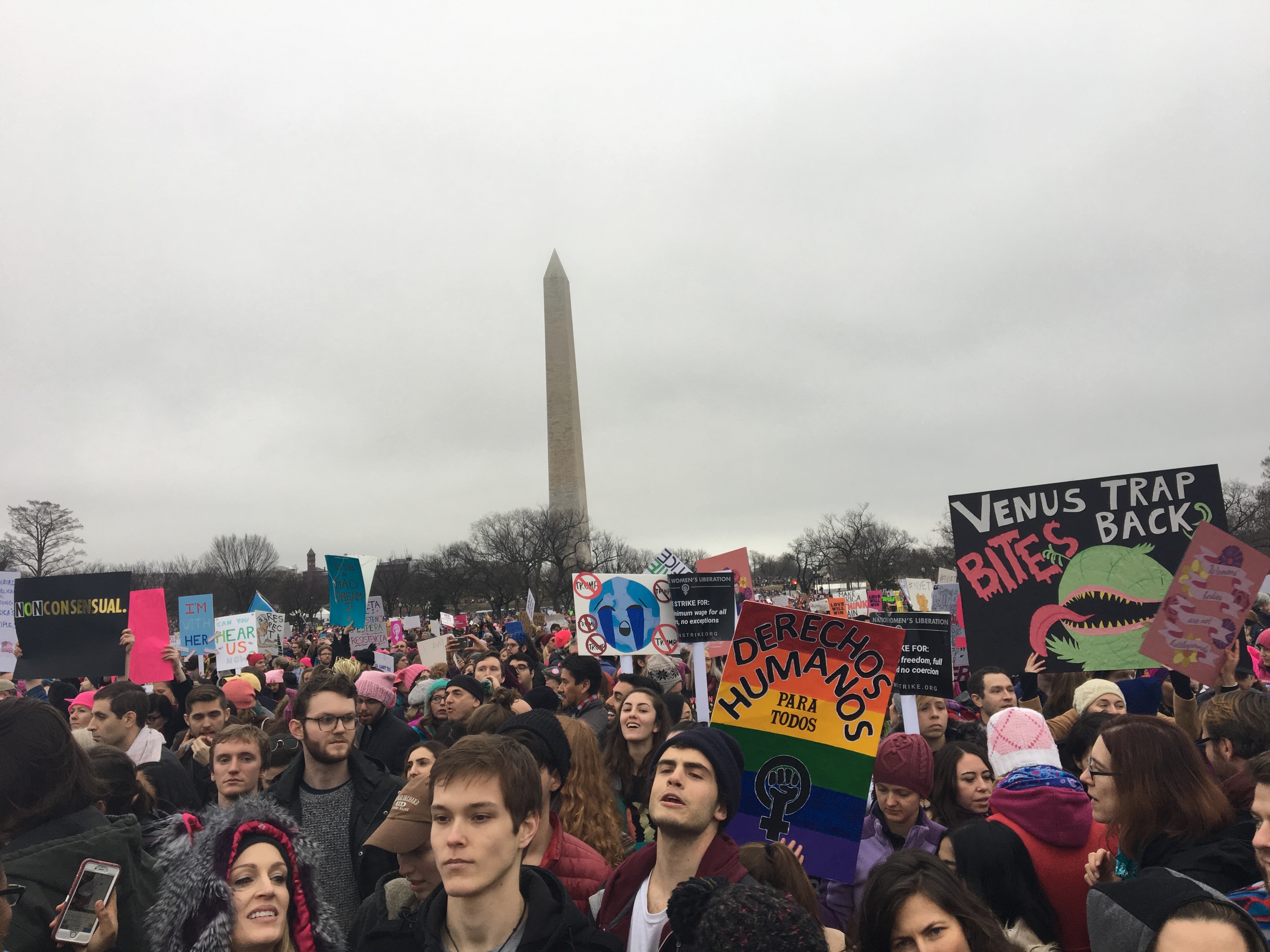 An estimated 3.3 to 4.6 million people rallied across the globe together for the highly anticipated Women’s March in a not-so-subtle response to the inauguration of Donald Trump and his repertoire of unabashed misogyny, racism and uncensored bigotry. Political scientists coined the event, “the largest day of protests in U.S. history” but, was it enough to get Trump’s administration on board to support the causes represented in the march such as women’s rights, environmental rights, indigenous rights and transgender rights?

Trump’s response: a slew of  authoritarian-style executive orders and promises that range from cutting federal funding for “sanctuary cities” to banning muslim immigrants and refugees from entering the country.

Sadly, it appears as though what could be the largest demonstration in U.S. history was largely ignored and further shut down by the new administration with executive action, in what feels like a massive “white-lash” against the nation-wide rallies demanding basic human rights.

To make matters more divisive, vice president Mike Pence attended the “Pro-Life March” in Washington the Friday following the Women’s March where he declared on the national stage, “We will not rest until we restore a culture of life in America.” This comes days after the President signed an executive order which bans federal money being allocated to international groups that perform or provide information on abortions. Thus, the administration has made it clear that they will embark on the path towards enforcing federal action against the rights of women, immigrants, indigenous communities and all people, regardless of how many of us come pounding on the White House door.

So, what does this mean for those who feel like we’re fighting an uphill battle? Upon returning home from the Women’s March in D.C., I felt an incredible amount of hope and solidarity with people across the nation, knowing they, like myself, do not comply with the oppressive regime that’s come crashing down on not only the people of this country, but people all over the world.

However, it’s become increasingly difficult to remain positive when, every hour, there’s a new headline about Trump’s next move towards restoring America’s “greatness” by taking executive action to actively move progress towards regress.

Yet, that feeling of people united — hundreds of thousands gathered, indivisible to hatred — the feeling of true power of the people, is something that will neither be forgotten nor ignored. Now is the time to take note from the great pioneers who fought to incite change in this country during a time when no one conceived it possible — people like Dr. Martin Luther King Jr., Cesar Chavez, and of course, Santa Cruz’s very own Dr. Angela Davis.

I saw Dr. Davis speak at the Women’s March on Washington and feel her words offer some guidance to those who feel uncertain of the future to come under this new wave of political instability, “Over the next months and years, we will be called upon to intensify our demands for social justice, to become more militant in our defense of vulnerable populations. Those who still defend the supremacy of white, male heteropatriarchy had better watch out. The next 1,459 days of the Trump administration will be 1,459 days of resistance—resistance on the ground, resistance in the classrooms, resistance on the job, resistance in our art and in our music. This is just the beginning. And in the words of the inimitable Ella Baker, ‘We who believe in freedom cannot rest until it comes.’ ”

To those who don’t believe that we, the people, can create change, or that we are bound to lay victim to the legislative pen of white men, know that a resistance unlike any other is emerging, and that only with action and reflection can we begin to write the history we wish to see unfold. The power of people is not one to be underestimated — love one another, protect one another and most importantly, resist. Resist the temptation of ignorance, resist those who act out of hatred, resist from silence and resist from fear, for fear is the emotion which our oppressors pray to incite.

Our power as people comes not from what we do out of fear, but what we do out of love for one another through unification and solidarity. To all of those who fear for the future, you’re not alone; but as students it’s our job to remain critically conscious of the socio-economic and political environment in which we live and to use our knowledge to strategize against the most inhumane atrocities committed by our country’s reigning administration. 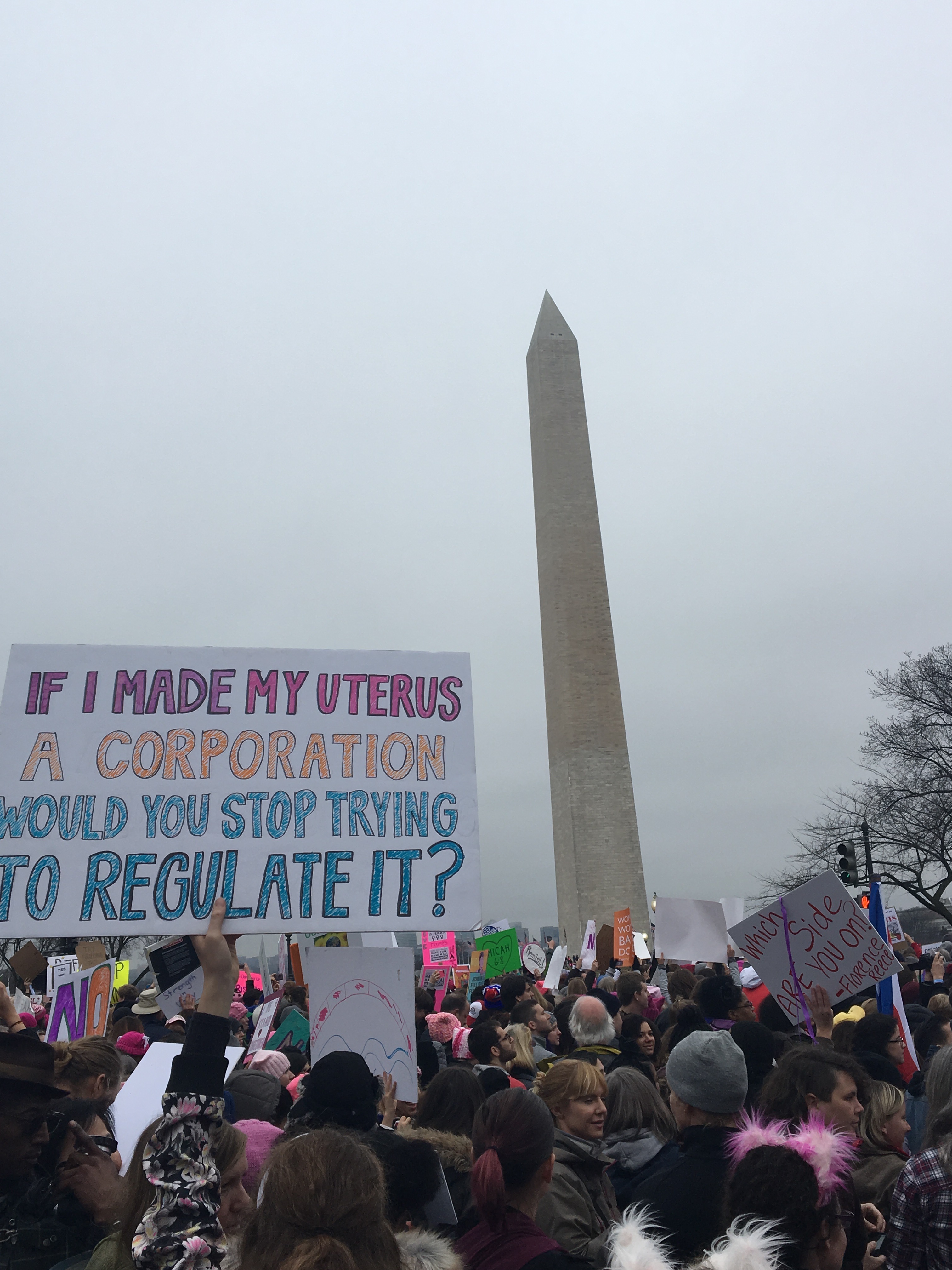 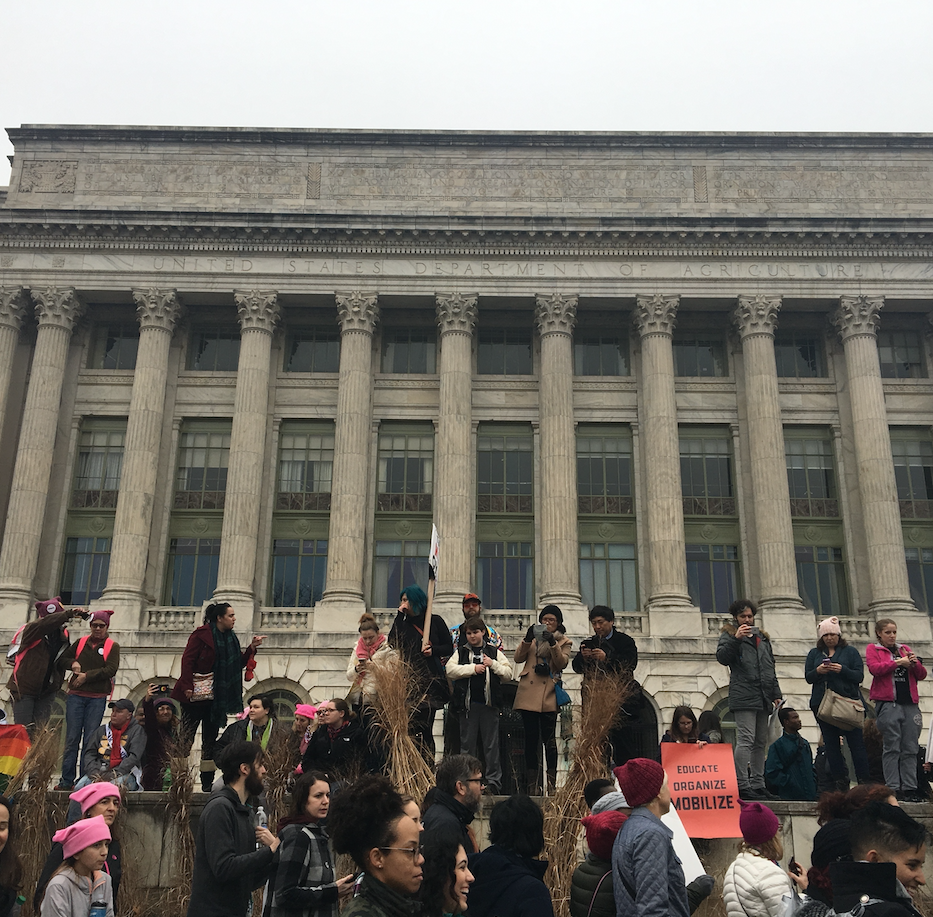