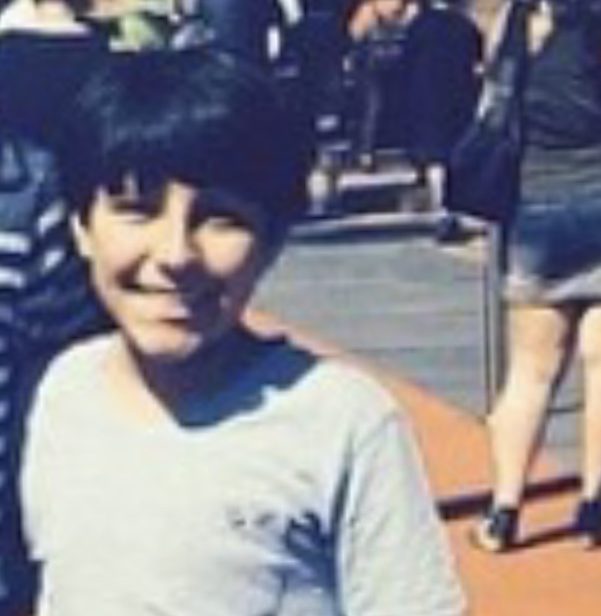 My Cyber Experience After Coming Out

Like many members of the LGBT community, I knew I was gay since I was a child. Yet, I didn’t know how to come out. When I was a freshmen at Rydell High School, an all-boys Catholic high school I told five individuals, “I am gay” over text one night, rather than in person. The night I sent that text was the night before my finals and the day before school got out for summer break. I thought I was safe, I thought nothing could possibly go wrong. The next morning, I woke up feeling very accomplished, I made peace with who I was, and shared it with some of the most important people to me. I got up, took a shower, packed my lunch, ate breakfast, and then checked my phone. I saw I had received over 200 text messages from different students. The messages were all hurtful: “Why are you gay? Don’t people know that faggots don’t belong in this world?”, and this was just the beginning. Not only did I receive all these text messages, I was also mentioned in multiple Snapchat and Twitter posts that rejected and humiliated me.

The fall of my GPA, separation between my family and me, and constant reminder that I was not accepted caused me to go into a depression.

From that day on, I was bullied for the rest of the school year. Everywhere I turned, people talked about me behind my back. Not only did I have to face these people in person, but I also had to deal with them online.  It became so unbearable that I eventually stopped going to my classes, which caused my GPA to drop. I isolated myself from friends and family, and I went to the library as a way to avoid the problems at hand. The fall of my GPA, separation between my family and me, and constant reminder that I was not accepted caused me to go into a depression. I read an article, “Why My Kids Unplugged,” for class and after I read it, I felt a similar connection to what the author was trying to claim.

In “Why My Kids Unplugged,” Susan Maushart explains, “Over a period of years, I watched and worried as our media began to function as a force field separating my children from what my son, only half-ironically, called RL (Real Life)”. Maushart argues that the ongoing problem is how technology is taking over people’s lives. To solve this problem and to help her family’s future, she decided to unplug her family completely from technology. Because of my experience being cyberbullied,  I similarly decided to separate myself from technology, which led to a better and healthier life.

I was nervous to come out to my family because I didn’t know how they were going to react.

This break consisted of complete withdraw from social media, the internet on the phone, and calling or texting people. The break lasted from the summer of my freshman year in high school until the second semester of senior year. Although the circumstances were different in my situation, the outcome Maushart had predicted for her children was a valid concern for me as well: “My worst fear as a parent was that my kids might lose an alternative frame of reference… and forget there were more nourishing ways for friends and family to connect.” Since I isolated myself completely, I was able to start digging myself out of the hole.

While attempting to dig myself out of a hole, I explained to my mom that I did not feel comfortable attending Rydell High School due to the events that happened that year. Unplugging myself from technology was my first attempt in climbing out from the hole. I was nervous to come out to my family because I didn’t know how they were going to react. I had a lot to think about before coming out to my family. The one thing I remembered was the love for one another and the “Brotherhood” was one of the many reasons why I fell in love with Rydell High School. I remembered during orientation that the principal stated, “Family is a gift that lasts forever here at Rydell High.” After a lot of thinking, I thought family was very important to me as well as having the “Brotherhood” bond with my fellow classmates. I was wrong because family is the one who accepts you for who you are and then my “brothers” did not accept me. With all that in mind,  I knew what I had to do which was to come out to my family. I told my mom I am gay and not only did my mom accept me for who I am, tears of joy came out of her eyes. Shortly after coming out to my parents, I came out to my whole family and they were all accepting. With all this in mind I realized one thing which was very valuable to me. I realized that talking to someone is a lot harder to do in person because you get a faster reaction than over technology.

learned to communicate with someone in person, I learned that college and life are not segregated by sexuality therefore high school shouldn’t be either, and I also learned to just to ignore the negativity.

In connection to Maushart, she explains the positive outcome her daughter had from unplugging from technology: “Sussy ended up switching friendship groups too. Loss of Facebook (not to mention loss of MSN and MySpace) seemed to increase her focus generally; at the same time, it put her out of the loop with her old friends” (Maushart 71). Just like Sussy, I also changed friend groups. I moved to a new school and was able to start fresh with a new life. I started to surround myself with people that not only accepted who I was, but also encouraged me to better myself.

Switching schools from Rydell High School to Thriving Institution, a charter school with 25 students at the LGBT Center in West Hollywood, was an exceptional transition. However, being in a school with only 25 students was not the best fit for me. Although I felt safe and welcomed, I realized I was not preparing myself for the real world. Throughout this voyage, I learned a lot from my mistakes.

I learned to communicate with someone in person, I learned that college and life are not segregated by sexuality therefore high school shouldn’t be either, and I also learned to just to ignore the negativity. After I learned these key factors to my life,  I decided to enroll in my neighborhood school Rushmore High School. At Rushmore High School, I gained more friends who wanted me to do well without the help of technology. I used different resources my school offered and I participated in a lot of organizations, such as a tutoring program where I tutored students who were struggling in their classes. I also volunteered in a mentorship program for students with disabilities. With all these programs, I had a lot on my plate. I had to keep my grades up, participate in the programs, and maintain friends through it all. It was important for me not to worry about using technology, so that I could improve my academic and social life.

Taking this break from social media has helped me gain more communication skills outside of technology, which  has made me more confident.

Just like Maushart, “Many people have asked me if there was ever a moment during the electronic media blackout when I was tempted to quit.”  I realized how much progress I made socially and academically and I did not want to quit until I was ready. I went from a 9th grader with no academic motivation to a hard-working senior with straight A’s. Staying away from technology has made me focus more on my academics, my family, and my friends.

As I dug myself out of the dark, deep hole, I finally saw the bright side in unplugging myself from technology. Like Sussy, I pretty much live online because I was always on my phone. Taking this break from social media has helped me gain more communication skills outside of technology, which  has made me more confident. Being in contact with someone face to face is more meaningful than through technology. I noticed I was blinded by all the negativity I faced and I forgot what it was like to communicate with someone in person.