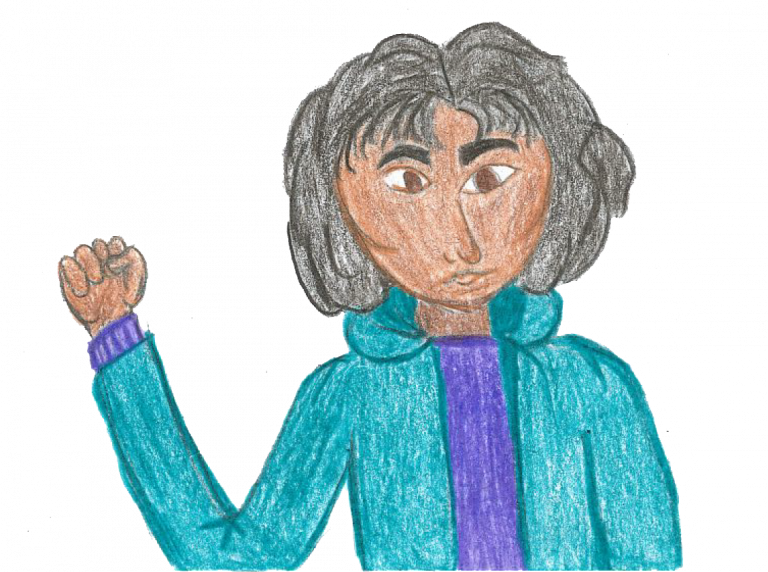 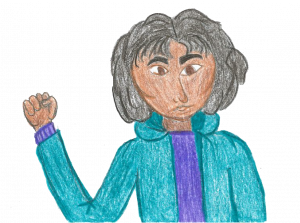 But I do want to express that I’ve found the courage to speak again, to freely express

myself. To voice my ideas and critical thoughts, to critique those who have not lived the life of this brown woman. This brown woman with different learning abilities— who had a mental breakdown because her recorder was lost, who runs back and forth looking for the right therapist— please! no more white women who dehumanize my traumas, this brown woman who comes from a house that’s falling apart, house shaking because of our back neighbors, the trains— they have endless journeys– no roof on our bath

room, catching the rat tails hiding deeper into the darkness of our attic, daddy saying that he’ll fix it, but years have passed and this brown woman only smiles and nods her head “yes” every time daddy says he’ll fix the holes in the house. He replaced the window with the bullet holes after seven years, “progress is progress” he says, “painting over our chipped, faded, blue house is next” he continues— as he sips his canned beers, his 40s, smokes his cigarettes, takes his pills, his over-the-counter drugs, his addiction. But this brown woman accepts daddy with as much

compassion as possible. No more yelling at him to stop, just hugs and acceptance, appreciating his presence. His smile brightens my soul, his stories and jokes minimizing my depression.

I critique them when they say race, drugs, and poverty isn’t necessarily a systemic problem. I say I do not blame my older cousins when I was told to pee in a cup at nine years old as they were

strung out on meth, worried of getting their help denied, trying their best to keep sober, but this vicious cycle loves to interfere— profiting from each bunk bed, setting strategic traps to catch those whose skin color is criminalized— who suffer the effects of “the war on drugs,” drugs that were historically and purposely put into our neighborhoods, the crying effects now under the umbrella of ‘poverty.’ Another broad title to cover our realities, another word to justify the genocide of our bodies. They do not live the life of this