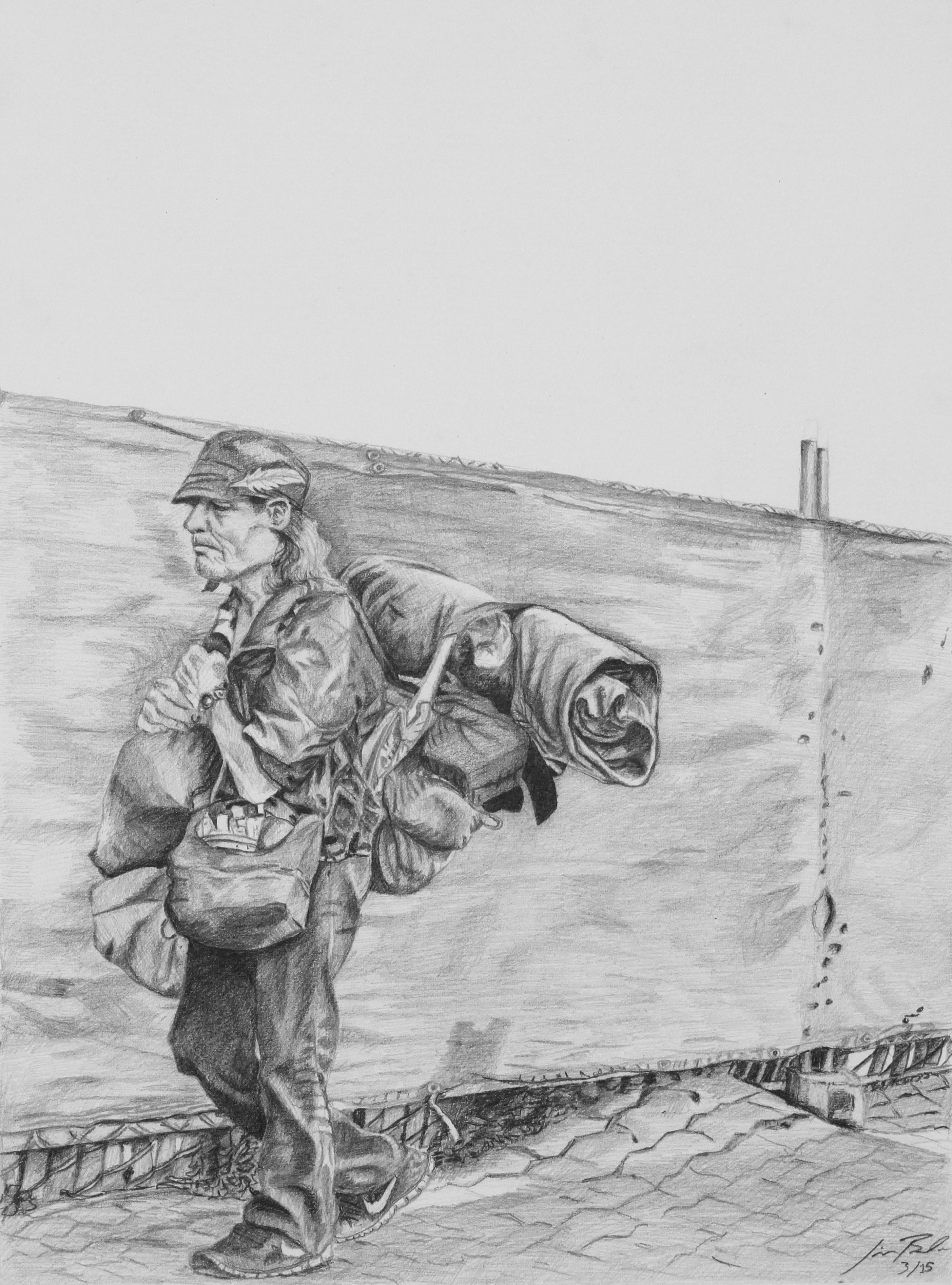 “Vagabond” has an origin similar to “public  eviction.” I was sitting in front of Lulu Carpenter’s in downtown Santa Cruz when, from a distance, I noticed a man walking with large bags. At first, I thought he was a musician bringing instruments into the café to play for the evening. The closer he got, however, the more recognizable the bags were. They were filled with his clothes, brushes, soap, toothpaste, various hygiene products, a sleeping bag, a pillow, and more. He walked slowly, and looked overwhelmed and tired. I kept asking myself, “Where exactly is he going?” and if he was looking for a place to rest for the day. I knew right away he was a homeless man and wondered how long and how far he had been carrying those bags.

A few weeks after, my friend and I were driving around downtown when we saw a group of homeless people by the public library also walking with large bags. I asked my friend why he thought they would carry all of their belongings like that. He said it was because the bags were their only homes and were all they had. He then asked me, “If you had to pack up all your shit and were forced to move somewhere, what would you pick?”

Santa Cruz also has anti-homeless laws designed to harass and punish homeless people for their presence in public. Santa Cruz, for example, has a sleeping ban that refers to all sleeping in public as “Camping,” such as the use of personal shelter (tents).