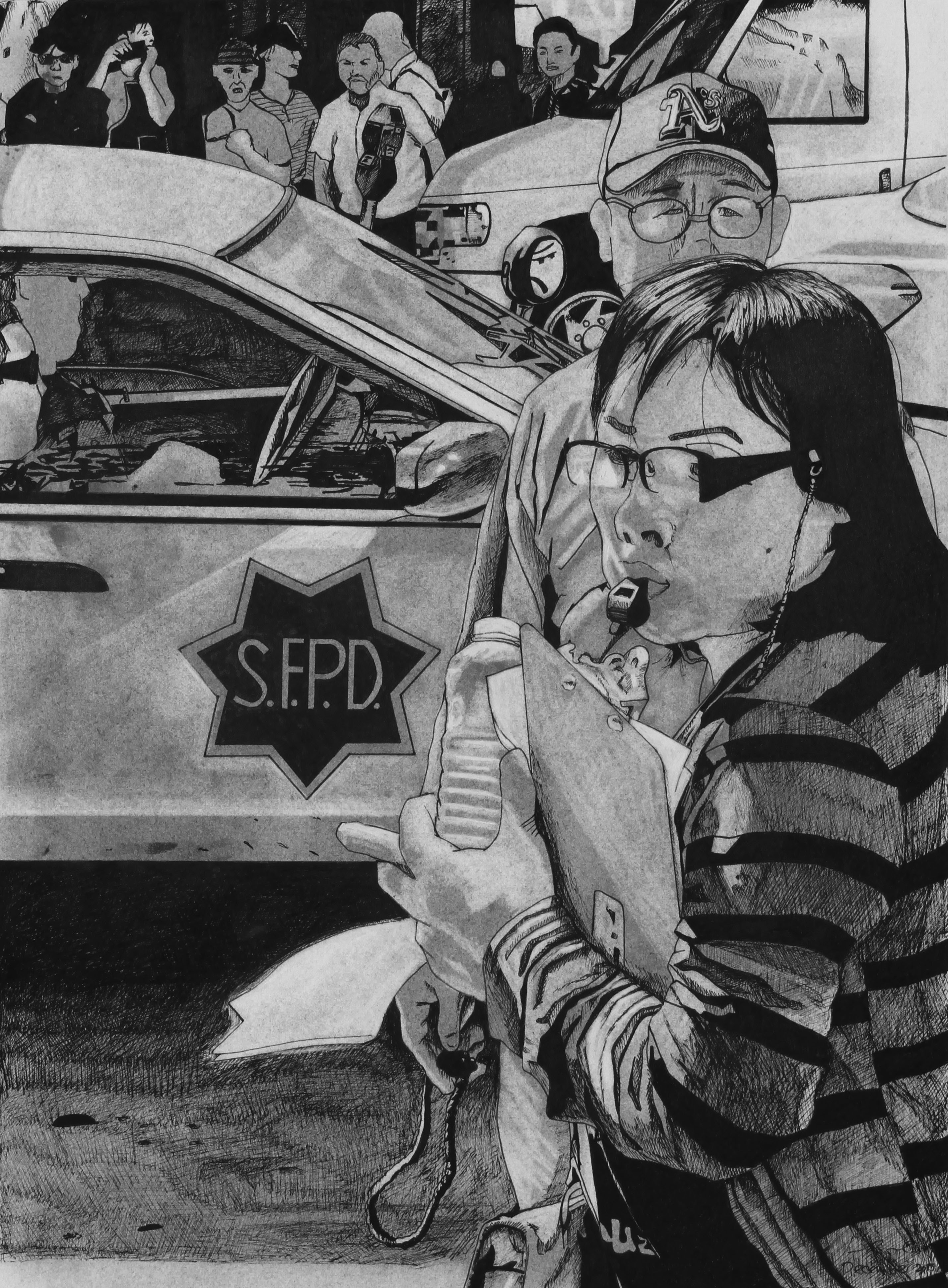 “Resistance” was inspired by a small protest I attended in San Francisco’s Mission District. I was walking down a busy road when I heard a woman blowing a whistle and passing out flyers with a few other people. She gave me one and told me to please come and to share the event with everyone. I can’t really remember what was written on the flyer, but it was intended to gather people for a march later that month to protest police brutality. I came back to the same spot later that day and saw a much larger crowd. People were holding signs, chanting and yelling; the protest had grown larger. The woman with the whistle was still there but she looked very distressed. I came into the large crowd and saw an African American man getting arrested for unknown reasons. As the police were handcuffing him, the crowd got more aggressive. They tried to defend the man by shouting and yelling at the police that he didn’t commit any crime and to let him go. They also tried to surround the police vehicle to prevent his arrest.